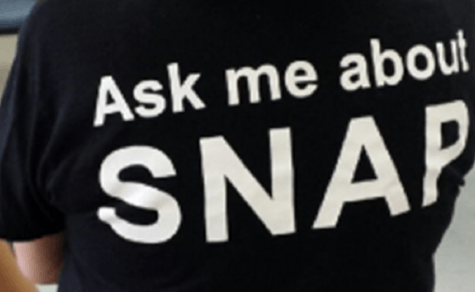 PEMBROKE PARK, FLA. (WSVN) – As the partial government shutdown drags on, food stamp recipients could be affected in a matter of weeks.

About 38 million Americans depend on the Supplemental Nutrition Assistance Program (SNAP) to help buy their groceries. More than one million reside in South Florida.

The last of the program’s funds were already issued. If the government doesn’t reopen soon, nearly 40 million people will not have enough money to eat.

“We are potentially looking at an $84 million worth of budget deficit that families will otherwise have to purchase food that the food bank is looking to have make up,” she told 7News.

Asked if they can make it up, Vatske responded, “not at the moment.”

They hosted a clinic Thursday that taught people who were applying for SNAP how to plan healthy meals.

“SNAP is critical. It’s the most important hunger-reduction program in the United States,” Pineda said.

The applicants were nervous because they were applying for a program that’s out of money and won’t see funds until the government reopens.

“They would not have access to the funds to purchase food,” Pineda said, “so they would rely on the food pantry network.”

Migalda Bordonada already uses SNAP to feed her family, including her blind husband.

“I’m very worried about it,” she said. “We don’t have no food in our house. It’s very important to fix the situation — not only for us, for everybody else.”

If the government remains partially closed in the coming weeks, food pantries like Feeding South Florida will have to rely on donations.