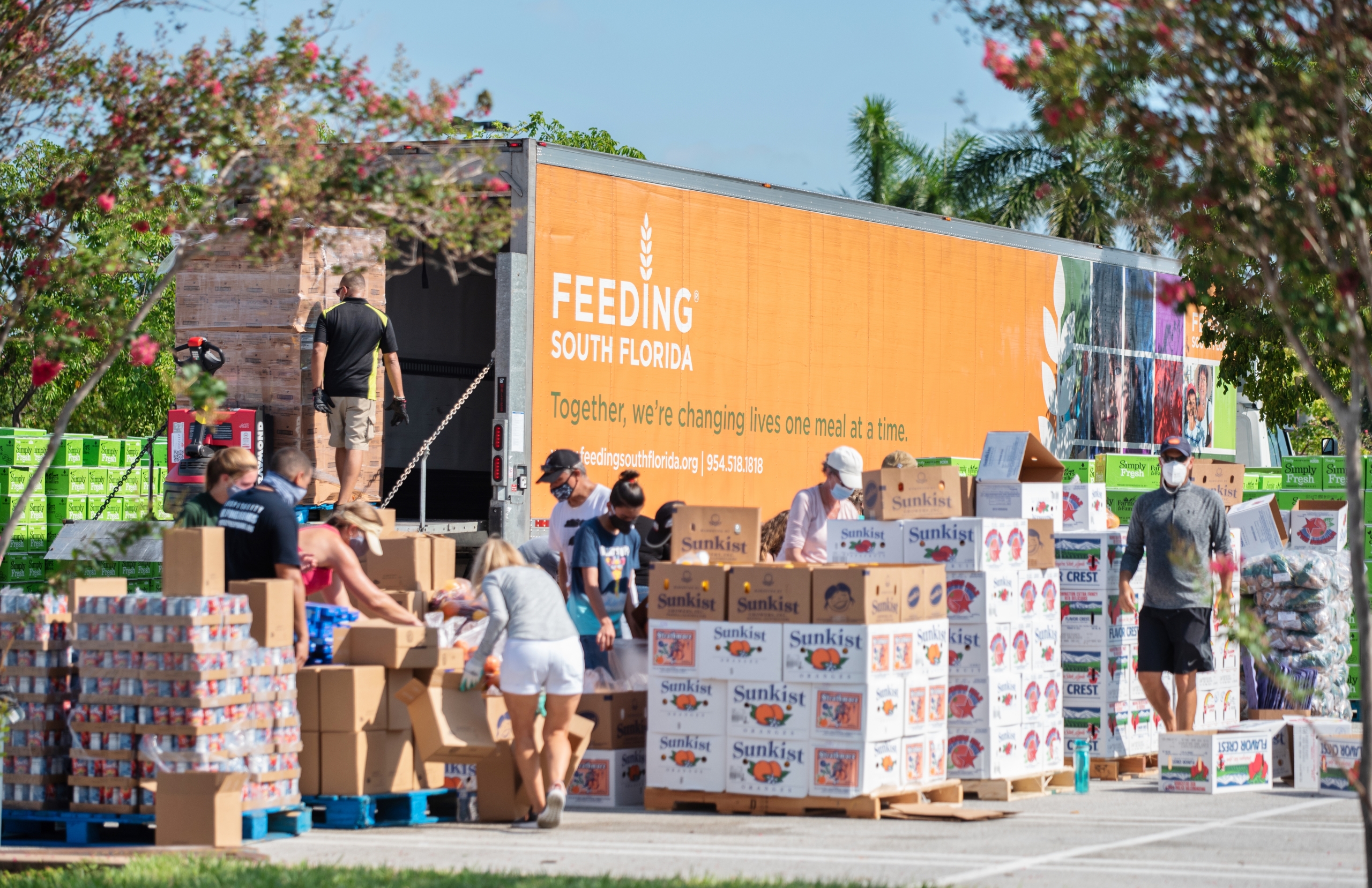 A fierce fight is raging between two competing vendors over a contract to distribute food to hundreds of thousands of hungry children and adults in Broward.

When the battle ends, one vendor will win and one will lose. What matters most is that food delivery is uninterrupted and the public is assured that decisions were made professionally and independently — not dictated by politics or the next election.

At the center of it all is Nikki Fried, Florida’s elected agriculture commissioner, the only Democrat holding statewide office, and an announced challenger to Gov. Ron DeSantis in 2022. This high-stakes food fight tests Fried’s ability to manage controversy without caving to political pressure, most of which is coming from Democrats in Broward, her home turf and a county crucial to her statewide ambitions.

After more than a decade, Fried’s agency issued a “request for application” in January to distribute food to the needy in Broward, Palm Beach and Miami-Dade counties under the Emergency Food Assistance Program, or TEFAP. This was not a competitive bid subject to usual protests and legal challenges and as you will see, it’s an important distinction.

The two finalists were Feeding South Florida, based in Pembroke Park, which has done this work for more than two decades, and Farm Share, a statewide food distributor based in Homestead and founded in 1991. The firms were graded in nine specific areas, from experience to training to storage capability. Fried assigned five staff professionals to conduct detailed, side-by-side evaluations of both vendors.

It’s not unusual for a contract to be decided so narrowly. But Feeding South Florida cited “irregularities” and “major errors” in the tabulations that worked to its disadvantage and favored Farm Share.

In one category — outreach, training and monitoring — one reviewer gave Feeding South Florida an “excellent” grade in 10 specific areas, and then awarded the vendor 7 of a possible 10 points.

That illogical scoring decision alone was more than enough to seal Farm Share’s victory. We agree — pending a fuller explanation from Fried — that the numbers don’t make sense. There are other disagreements, ranging from the sizes of warehouses to the number of tractor-trailer trucks.

Convinced that Fried’s people made mistakes, Feeding South Florida appealed the findings to the state Division of Administrative Hearings, where another odd result occurred.

An administrative law judge, Mary Li Creasy, dismissed the challenge on the grounds that it was not a competitive bid but a grant application, and thus not subject to a challenge. The money for the food distribution comes from the U.S. Department of Agriculture, and Fried’s agency functions as a “pass-through.” The judge made no findings about alleged flaws in the scoring tabulations.

Feeding South Florida then took its case to Broward County commissioners, who unanimously adopted a resolution June 1 urging Fried to review the matter. “They came to me,” explained Commissioner Lamar Fisher, the resolution’s sponsor. In an interview, he said he has more faith in Feeding South Florida because it performed well during the pandemic and has a major physical presence in Broward.

Farm Share has, in turn, called it outrageous that politicians are demanding the award be reversed, but whenever jobs, money and an essential service are at stake, you’ll have politics. It’s naive for Farm Share to cry foul merely because politicians are involved.

But it is wrong for local leaders to engage in fearmongering with unfounded claims that people will starve because of a change in vendors. We implore political leaders to reassure the public that regardless of which vendor wins, fresh food and dairy products will still be there for them. There’s enough food insecurity out there without politicians adding to it.

Fried should rule based on facts, not politics. If she decides Farm Share won fair and square, she must explain the scoring irregularities. If she favors Feeding South Florida, there must be consequences for how this application was handled. A third option is for Fried to throw out the award and do it all over again, which would raise serious competency questions about her office.

In trying to reverse an agency’s decision, Feeding South Florida has the burden of looking like a sore loser — or to borrow a food analogy, sour grapes. But its complaints must be vetted fully by Fried. She has repeatedly criticized DeSantis for undermining “the public trust.” That’s at stake here, too. Fried should provide all relevant documents and a fully transparent explanation in a public forum as soon as possible, even if it means acknowledging mistakes by her own employees.

By: Sun Sentinel Editorial Board