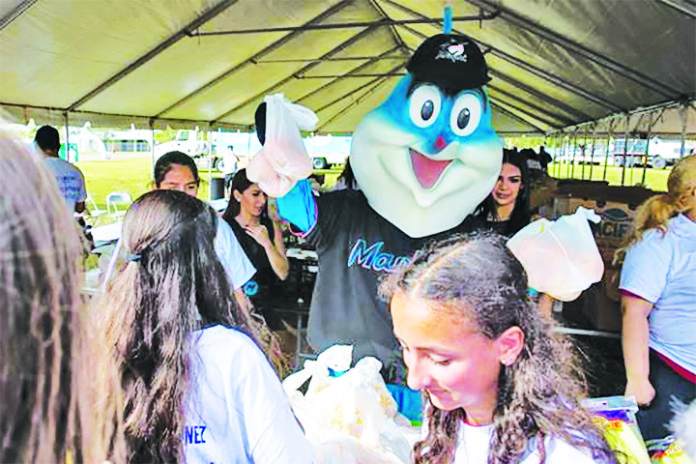 Commissioner Martinez partnered with Feeding South Florida to distribute food packages to residents in Miami-Dade County. Among the goods distributed were a variety of proteins, vegetables, milk, fruit and bread. Food was distributed to 1,000 residents.

“We are fortunate to partner with Feeding South Florida, whose support makes this food distribution possible and gives us the opportunity to help our residents,” Commissioner Martinez said.

Several County departments, community organizations and local businesses were also present to provide residents with information on their services. Residents also were able to exchange used light bulbs and showerheads for more energy-efficient and lower-consumption models.

Feeding South Florida is the largest, most efficient food bank serving Miami-Dade, Monroe, Broward and Palm Beach counties. More than 98 percent of all donations are put back into the community.

Billy the Marlin helps with the food distribution.
(Photos by Armando Rodriguez/Miami-Dade County)