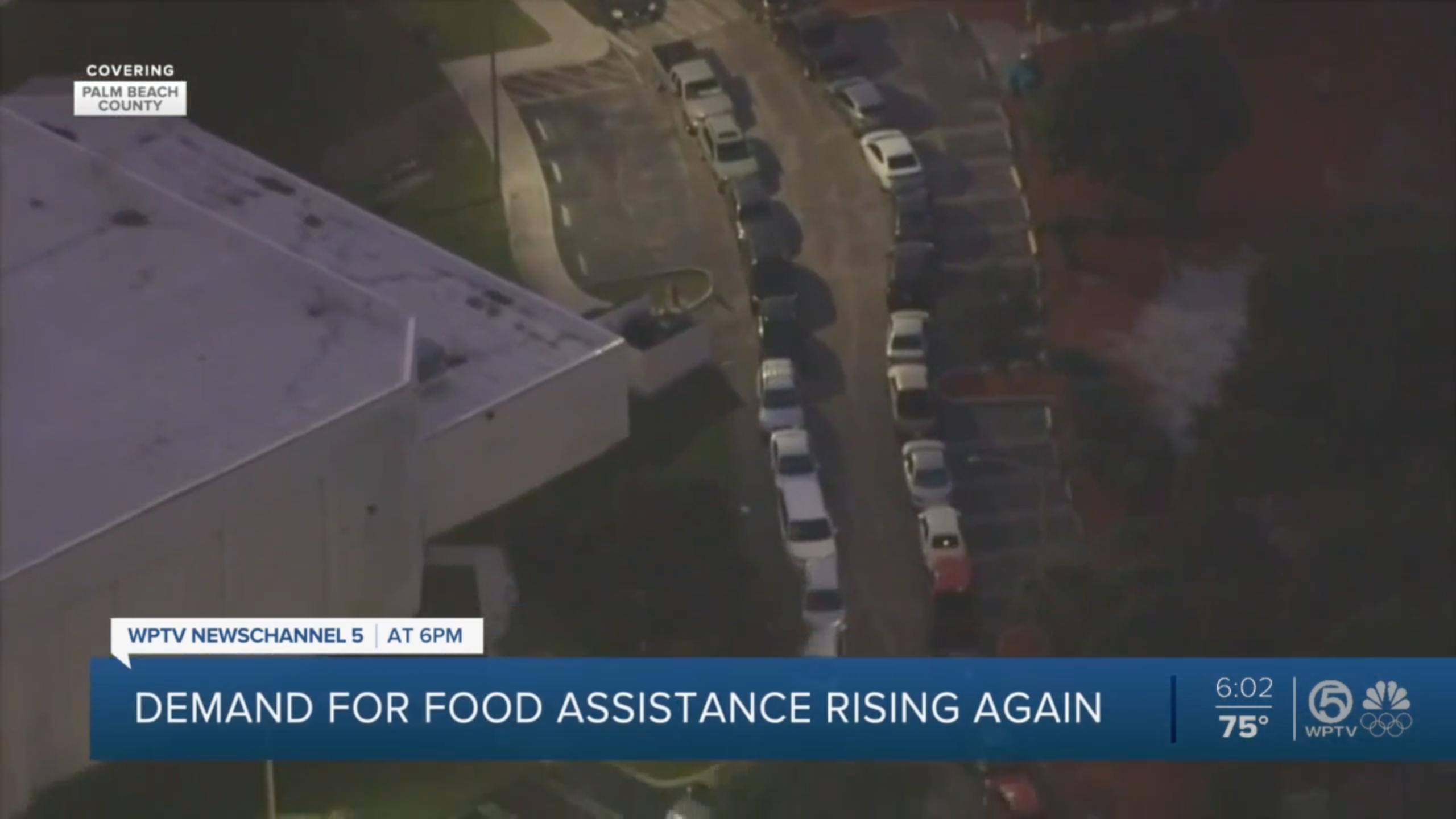 BOYNTON BEACH, Fla. — Cars were lined up for more than 12 hours Thursday in Boynton Beach, waiting in line before the sun rose to get fresh food to feed their families.

The food drive started at 7:30 a.m. at the Ezell Hester Community Center.

It seems that the demand for food has never been higher.

Some people started waiting at the Hester Community Center as early as Wednesday afternoon.

Michael Roberts was among the first in line.

“Everybody just came out early, and we camped out here,” Roberts said.

He waited more than 14 hours so he would not miss out on the food for his family and other relatives.

“Food is so high in the store, that’s why. Why not come get it? Food went up so much, just can’t afford it,” Roberts said.

Paco Velez, the president and CEO of Feeding South Florida, said more and more people are saying the same thing.

“The turnout at this morning’s distribution is nothing new to us,” Velez said.

Velez estimates as many as 700 families were helped during Thursday’s food distribution.

Families who were first struggling through the pandemic are now dealing with inflation.

“All these families that we’re seeing at these distributions and at our pantry are working families,” Velez said. “They’re just trying to figure out how to put food on the table and keep a roof over their head and fuel in their car. The price of housing is astronomical.”

The organization relies on corporate partners, especially supermarket chains, as well as contributions and volunteers to meet needs from the Florida Keys to Palm Beach County.

“It’s somewhat rewarding for a microsecond because you see the families get the food, and there’s a little sigh of relief but quickly they get home, and it starts all over again,” Velez said.

Another food distribution event is planned for next Thursday.

Originally published on February 3, 2022 by WPTV. Written by Matt Sczesny.