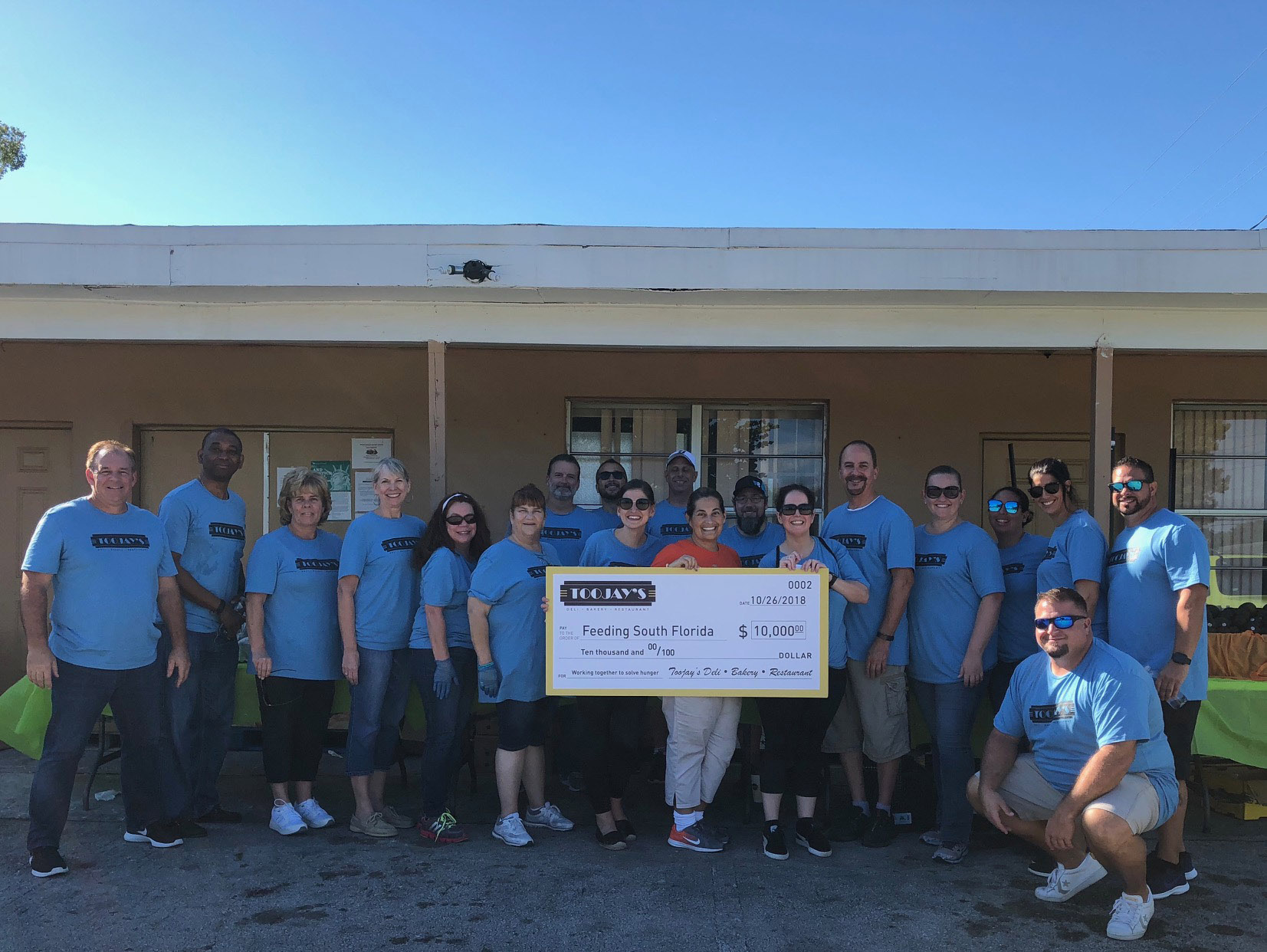 “We are pleased to partner with and support Feeding Florida as a part of our commitment to give back to the local communities where we do business,” said Max Piet, President and CEO of TooJay’s. “Thanks to the efforts of our team members and guests, we surpassed our fundraising goal for this amazing cause.” TooJay’s team members across its 28 locations also got involved by collecting enough canned food to provide an additional 2,500 meals.

“With TooJay’s headquarters in South Florida’s service area, we’re incredibly grateful for this partnership. Thanks to their support, TooJay’s donation will provide more than 60,000 meals to South Florida families,” said Paco Vélez, President and CEO of Feeding South Florida.

Founded in 1981, TooJay’s currently serves guests in Palm Beach and Broward counties, the Treasure Coast, the West Coast of Florida, the Orlando area, The Villages, and Polk County. Three new restaurants are expected to open in Naples, Fort Lauderdale and Dania Beach during the first half of 2019.