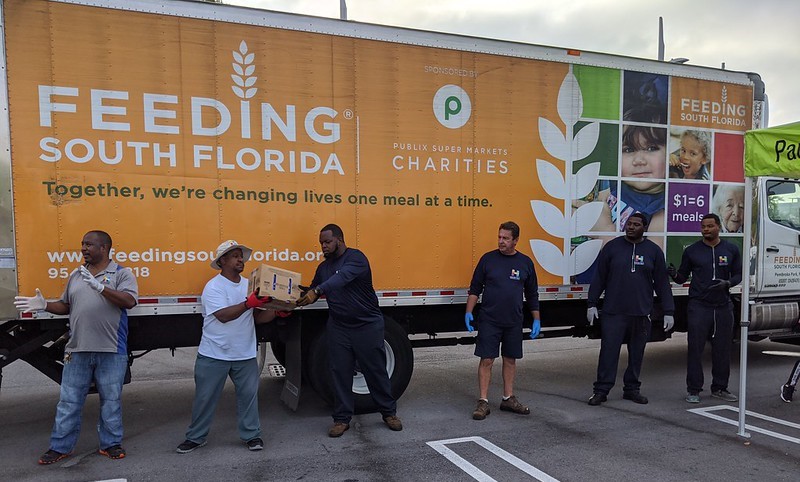 I am reaching out to you on behalf of my client, Feeding South Florida, in response to the recent story “Nasty Broward food fight gets splatter on everyone” on Florida Politics.

We appreciate you covering this important issue. However, we would like to request equal space, as we believe there is some information in the story that warrants clarification.

As with all food banks in our state, Feeding South Florida cares deeply about the people they serve, the farmers whose crops they help distribute, the families and the veterans they feed, and those who need assistance for a period of time in their lives.

It is what drives them and what keeps them up at night.

However, we believe the process of awarding the grant was seriously flawed and were Feeding South Florida allowed the opportunity to test that process through the normal bid protest procedure, Feeding South Florida would be the clear choice for ensuring those in South Florida continue to be appropriately served through The Emergency Food Assistance Program (TEFAP).

Below, please find our reasoning behind this.

We respectfully disagree with the statement: “There’s no reason to think the FDACS award of the Broward contract, and others like it around the state, was anything but fair and transparent.”

There are numerous reasons to believe the process, and specifically, the review and scoring of the proposals was flawed, unfair, and indefensible.

There are several other discrepancies that depict the egregious errors in the scoring, including some scorers commended Feeding South Florida’s extensive network of partner agencies (they were provided as part of the application), yet others said Feeding South Florida didn’t provide them.

The story goes on to state: “And if there are complaints by the losing provider — FSF — they surely can and should pursue the official protest path built into the procurement process.”

We agree, and Feeding South Florida did exactly that.

When Feeding South Florida went through the official protest path, the legal team at the Florida Department of Agriculture and Consumer Services (FDACS), as well as the intended awardee who intervened, said this bid could not be protested or appealed.

They filed Motions to Dismiss, claiming this was not a “competitive procurement” process and the decision should be left solely up to FDACS, even stating it should not be available for “an official protest.”

Simply put, they claim this wasn’t a procurement process at all and FDACS had the ability to unilaterally make this decision without any potential recourse for review of errors like those that occurred.  So why was it treated in the same manner as a procurement process and score proposals if it was never intended to be a competitive procurement?

Further, we agree agencies serving hungry Floridians should work together for the betterment of the people they serve. Feeding South Florida works with hundreds of community partners and is sincerely and genuinely concerned.

According to the administrative law judge who agreed with FDACS, the Commissioner has sole jurisdiction in this matter; and as of last week, news reports indicate the Commissioner will personally review the results.

Feeding South Florida remains hopeful the Commissioner will see there were clear errors made in the procurement process and will correct the scores of those who made the errors.

The affected counties deserve a fair and transparent process for identifying the most capable bidder to feed those in need in South Florida.

Ty Jackson is a shareholder at GrayRobinson in Tallahassee.