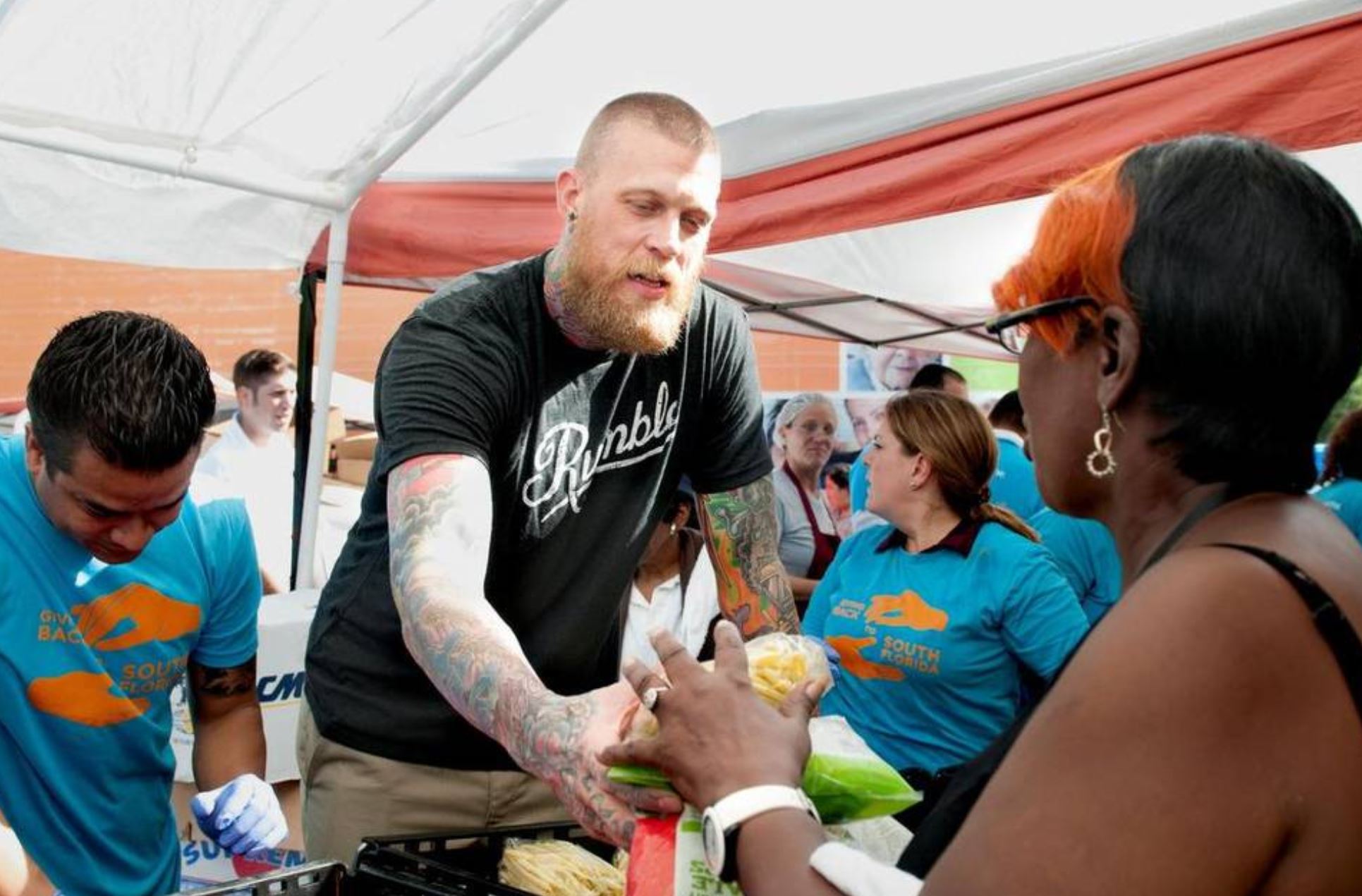 Feeding herself and her six grandchildren hasn’t been easy since she was fired in July from El Hondureno, an Allapattah restaurant where she worked as a cook, said Rivera, 57. Feeding South Florida, a regional subdivision of Feeding America that works to feed more than a half million people in Miami-Dade, Broward, Monroe and Palm Beach counties, has been a lifeline for Rivera.

“Thank God,” she said, clasping her hands in prayer pose. “If only everyone had this blessing.”

More than 700,000 South Floridians experience food insecurity — a term that refers to limited access to nutrition due to lack of money or other resources — according to Feeding South Florida’s 2015 “Map the Meal Gap” study.

Paco Velez tosses and turns at night. Being president and CEO of Feeding South Florida is no easy task.

“There is enough food out there for everybody … but how do you get that from where it is to where it needs to go?” Velez asks, wiping sweat off his brow. “We need the people that harvest it, we need the folks to pack it, we need the folks to transport it … And how do we get it to the table of families before it goes bad? Or can we extend the life of that produce by canning it or freezing it?”

Ten days ago, Publix Supermarkets announced it would donate $1.5 million to 12 Feeding America food banks across the Southeast, including Feeding South Florida. Velez called it “a symbol of hope for families in our community.”

The money will be used to buy a refrigerated truck, which will transport more than seven million pounds of food over the next three years, Velez said.

“There’s so much more that we could be doing … and you can’t help but to think that some of these kids, because of the cycle we’re in and because of the area we live in in South Florida, are going to grow up in the same type of environment,” he said. “So that’s the other side of it. That’s the stuff that keeps me awake at night.”

Since becoming president of LifeNet in 2013, Geddes has, with a staff of 17 employees and at least a dozen volunteers, expanded the vision at LifeNet to encompass eradication of poverty as well as hunger.

“We’re looking to do so much more than (just feed people),” Geddes said. “We want to provide a seamless system that helps people to not only eat but to be able to move back into society and some sort of normalcy.”

LifeNet’s services are divided into three categories: food and nutrition, which includes a food pantry and home delivery for sick or elderly individuals and take-out lunch boxes for working clients; health and well-being, offering people access to showers and toiletries, as well as medical care; and “sustainability,” which provides services from substance-abuse counseling to vocational education.

Expansion has posed challenges for the organization, the biggest one being a shortage of space. Currently, LifeNet operates out of a warehouse that is about 9,000 square feet, but it needs at least 10,000 additional square feet to accommodate its services at a more comprehensive scale.

Farm Share, a nonprofit organization that recovers food that would otherwise be discarded from farms, wholesalers and other groups, faces similar logistical challenges.

Director of communications Kristen Jaiven said Farm Share’s fleet of trucks — 18 in total — is not large enough to transport food from point A to point B, an issue Feeding South Florida

Geddes believes few people realize that food insecurity is a result of compounding circumstances and a reality for even the most hard-working people. Velez echoes this sentiment.

“Anyone could be just one paycheck away from falling into a situation where they need help with food,” he said. “It’s not just homeless people on the street corner.”

Danielle Nierenberg, president and co-founder of Food Tank, a nonprofit organization that spotlights a variety of issues related to food, hunger and agriculture, said an overhaul of public perceptions about food is necessary to put an end to hunger.

The average person, Nierenberg said, dismisses produce that, aesthetically speaking, is less than perfect, wastes food because of its relative affordability, and adheres to “sell by” and “best by” label dates despite their unregulated and often arbitrary selection.

“Instilling better awareness and a bigger sense of purpose among … individuals would go a long way,” Nierenberg said. “It’s a travesty that there are hungry people in the richest country in the world.”