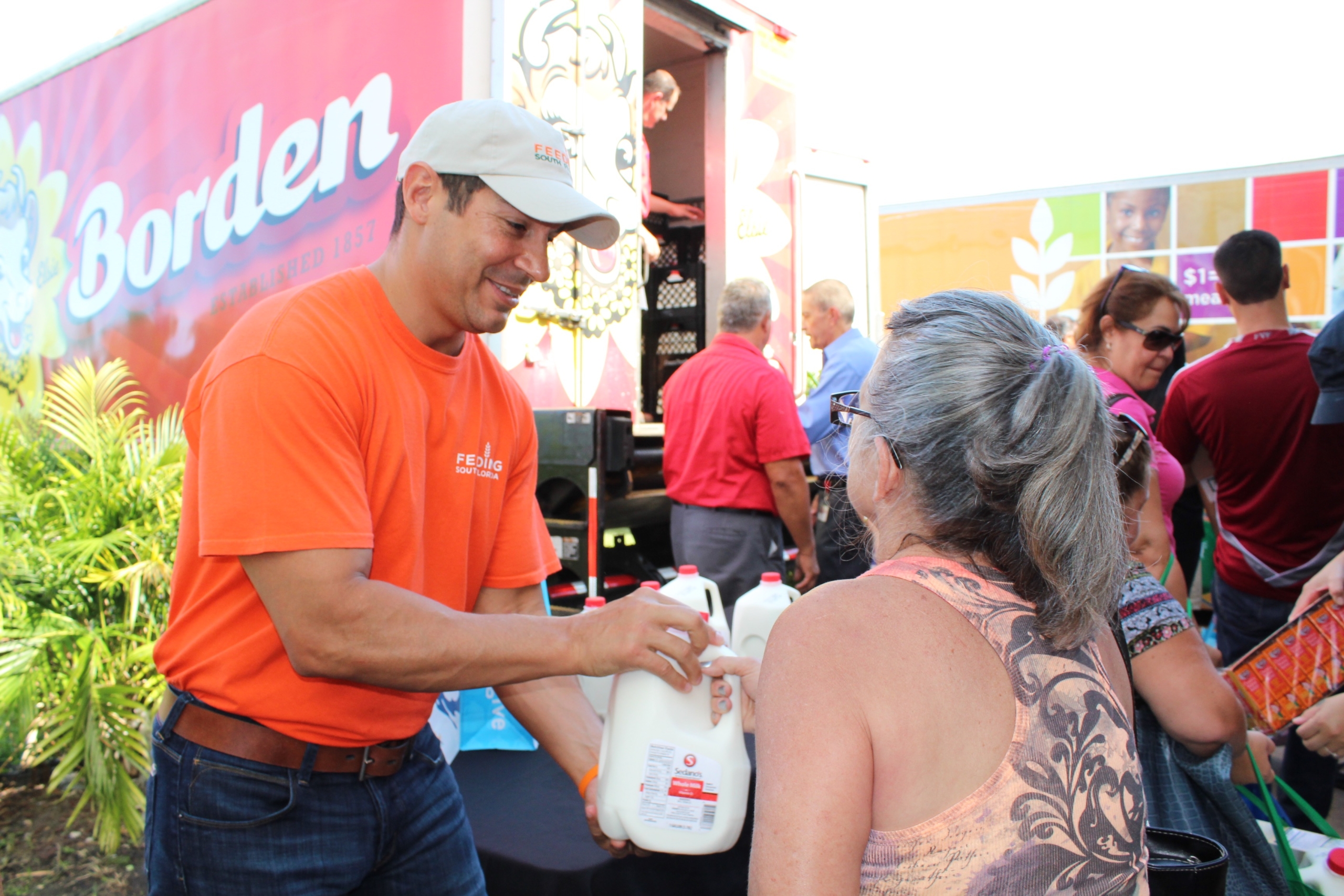 The campaign was a partnership between Feeding South Florida®, MilkPEP, Sedano’s Supermarkets, Florida Dairy Farmers, and Borden Dairy. The milk will benefit families who rely on food banks in the region. The celebration also marks the end of June National Dairy Month. In addition to the milk, both perishable and non-perishable foods were distributed to families in need.

The “Summer Hunger Ends Here” Great American Milk Drive was launched to address the shortage of nutrient-rich milk at food banks and combat hunger, which impacts one-in-six Americans, including 785,040 food insecure individuals in South Florida. With the support of partner organizations, like Sedano’s Supermarkets, more than $17,000 was raised through in-store and online donations, ensuring that nearly 6,000 gallons of milk will reach families in need in South Florida.

Milk tops the list of the food items most requested by food bank participants, followed by fresh fruits and fresh vegetables. While several recent initiatives have focused on getting more produce into feeding programs, The Great American Milk Drive is the first program to help resolve the milk shortage.

A recent network survey of Feeding America® food banks revealed that 95 percent of those surveyed say they do not receive enough milk to meet the demand. The No. 1 reason cited is inadequate milk donations.