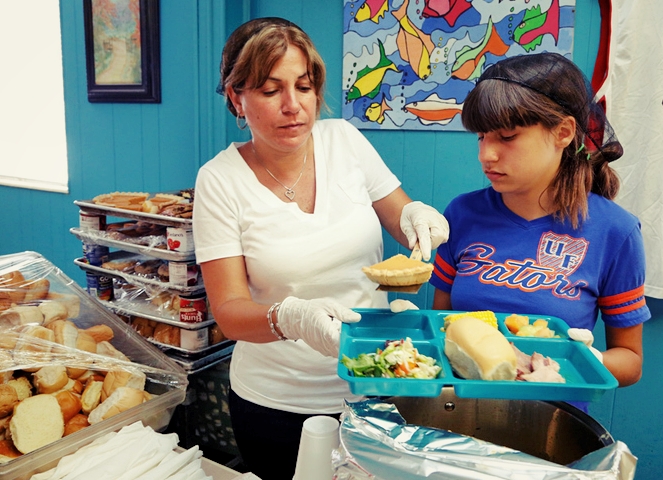 Nearly 75,000 people in South Florida could lose their food stamps next year if they don’t find a job or enroll in a training program.

As of Jan. 1, the state is reinstating a requirement that nondisabled adults between the ages of 18 and 49 who don’t have children work or volunteer at least 20 hours a week to get benefits for more than three months. Unemployed recipients can also participate in a job training program to satisfy the requirement.

Florida was one of many states that suspended the rules during the height of the Great Recession.

Nondisabled adults who don’t meet the work requirement will be limited to three months of assistance in a three-year span. Exemptions exist for pregnant women.

The average monthly benefit for a single adult without children is $146, according to the Florida Department of Children and Families.

Advocates say reinstating the requirement will move food stamp recipients toward self-sufficiency. Others argue cutting off access to food will not help them find a job faster and could lead to unintended costs, such as higher health care expenses caused by malnourishment.

Jobs are increasing, but so are food stamp cases

Despite an improving economy, enrollment in the Supplemental Nutrition Assistance Program, or food stamps, has increased steadily over the past six years, said Josh Archambault, senior fellow with the Naples-based Foundation for Government Accountability, a conservative think tank.

“It’s unfortunate we’ve lost sight of what the goal of these programs is supposed to be which is temporary assistance to get folks back on their feet,” he said. “Instead, these programs have trapped individuals.”

In Broward, Miami-Dade and Palm Beach counties, food stamp enrollment increased from 755,162 in November 2009 to about 1.2 million in November 2015.

The Florida Department of Children and Families estimates the new requirements will affect 24,199 working-age adults in Broward, 18,057 in Palm Beach County and 32,095 in Miami-Dade. About 300,000 people will be affected across the state.

Paco Velez, president and CEO for Feeding South Florida, said the changes will force more people off a program that is the “first line of defense against hunger.”

His organization, which partners with 360 agencies in Broward, Palm Beach, Miami-Dade, and Monroe counties, is expecting a surge in new demand because of the changes.

“Although the economy is getting better, there aren’t jobs for 100 percent of the working population,” Velez said.

He questioned whether enough slots will be available in job-training programs and whether adequate public transportation exists for the poor to reach those training sessions.

The Center on Budget and Policy Priorities, a liberal think tank, has calculated 1 million people will lose benefits nationwide next year as a result of new work requirements.

The 1996 welfare reform law created the work requirement for the food-stamp assistance program. During the economic downturn, the Obama administration made it easier for states with high unemployment to waive that requirement.

About 40 states, including Florida in 2009, filed for waivers. Florida qualified for the waiver for the first quarter of fiscal year 2016, according to the U.S. Department of Agriculture.

State lawmakers also passed a law requiring legislative approval for any waivers to the food stamp program, she said.