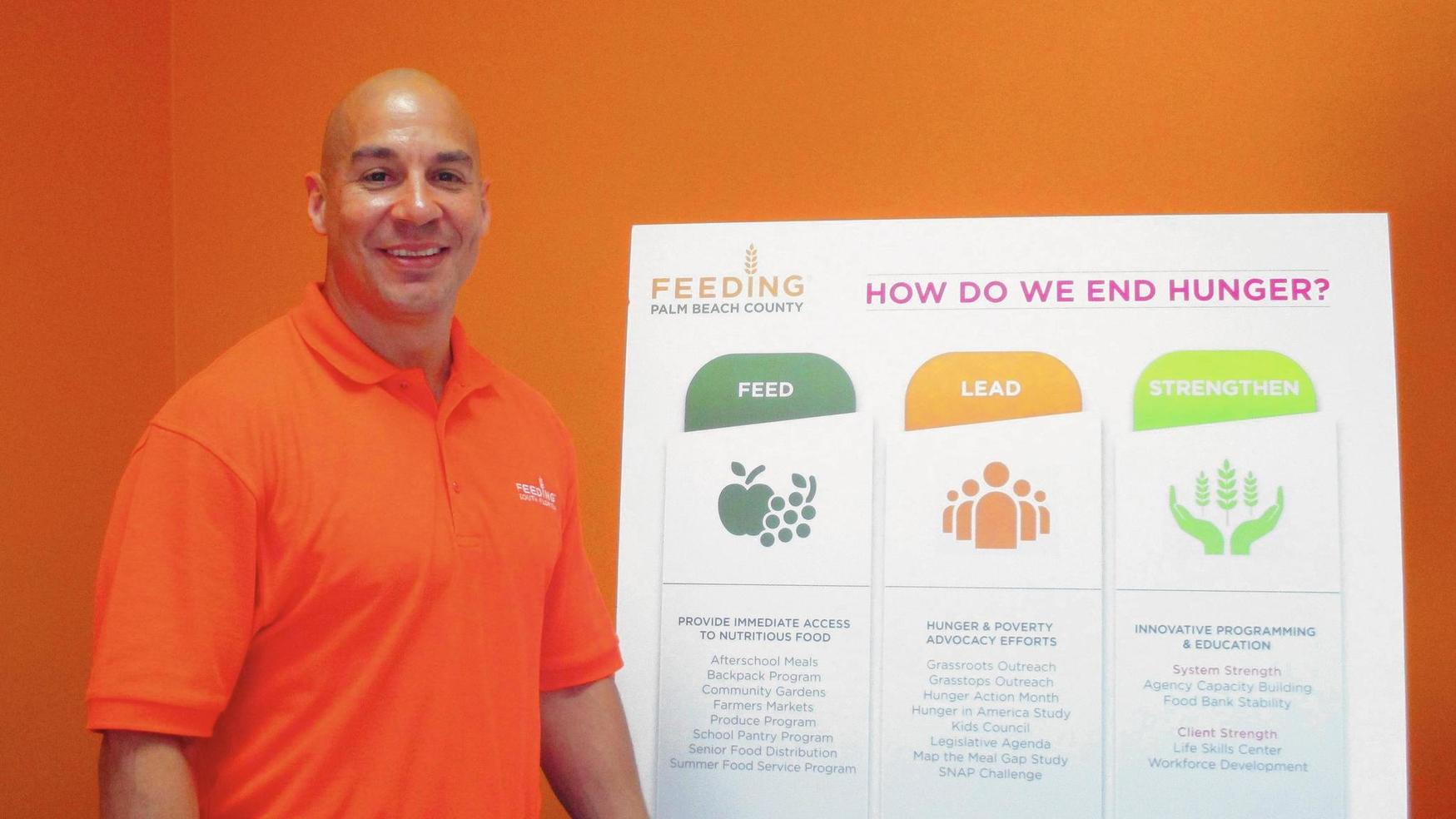 May 25, 2017 – Feeding South Florida in Boynton Beach has announced the release of Map the Meal Gap 2017, the latest report by Feeding America on food insecurity and the cost of food at both the county and congressional district level.

The report reveals that in the four-county area, food insecurity is highest in Palm Beach County with 14.1 percent of the county population food insecure and 194,260 people not knowing from where they will get their next meal.

“Although the total number of people living in food-insecure households has decreased, individual need among people who are food insecure continues to increase,” Paco Vélez, president and CEO of Feeding South Florida, said in a statement. “We continue to see a higher cost of living relative to the low-wage paying jobs.”

Last year, Feeding South Florida opened a 25,644-square-foot facility in Boynton Beach at 4925 Park Ridge Blvd. that is designed to be on the forefront of advocacy efforts and innovative programming, offering computer and financial literacy classes, resume building and work force development in a new life skills center opening this fall.

In addition, the agency has eight school pantries in which students and families can come for food items such as apples, cantaloupe, cereal, pasta and raisins.

According to Velez, Florida is ranked the 12th state in the United States for food insecurity.

The study also finds that people currently facing hunger are likely falling further behind as they continue to struggle to buy enough food to meet their needs. Food-insecure individuals now face, on average, a food budget shortfall of $19.61 per person each week, up from $19.10 last year.

Feeding South Florida rescues and distributes 44 million pounds of food each year through direct-service programs and a network of more than 400 nonprofit partner agencies including Publix, Winn-Dixie, Trader Joe’s, Costco and Walmar

Every $1 donated to Feeding South Florida can provide six meals, with an average cost of $3.39 per meal in Palm Beach County.

Vélez, who came from the Kitchen Table, a similar client choice food bank in San Antonio, is modeling many of these programs on that prototype.

He said it is more than a food pantry, relying on the community’s support for its efforts.

Publix spokeswoman Nicole Krauss, one of the partner agencies, said, “We’re proud of the way we support Feeding South Florida of their efforts to provide food for those without.”

“As a food retailer, it makes sense for us to be in alignment with Feeding South Florida and make an impact through product donations, financial support and staff involvement,” she said. “From our back door to families’ tables, it’s a wonderful way for us to support their efforts and our community’s needs.”

In addition, Walmart has partnered with Feeding South Florida to raise awareness through the Fight Hunger, Spark Change Campaign. Walmart customers can secure either one meal for Feeding America for every purchase of a participating product at Walmart stores, or donate to Feeding America directly at its checkouts in stores and online.

Their figures indicate donations of more than 45 million pounds of food, the equivalent of donating 37.5 million meals to Florida families, to food banks throughout the state during fiscal year 2017.

Run by Daniel Lee West, the pantry (known as Above the Sea Restaurant) provides meals for 12,000 individuals (4,000 families) each week in addition to a food backpack program designed to feed students who might not have food to eat after they leave school for the day.

During the summer, he said, the organization provides three meals a day to 150 children.

“So many lives are touched by this generosity,” West said. “Feeding South Florida is sowing the seeds and we reap the harvest.

“It’s a ripple effect,” he said. “Our families are encouraged and have hope. They get their self-worth back when they are nourished.”

He recounted the story of one family in which the father was hit by a car and in a coma. Since he was unable to work and provide for his family, Restoration Bridge provided food essentials for his wife and daughter.

“We find out where the greatest need is and help those in need,” West said. “Without Feeding South Florida, we wouldn’t be able to have the impact on families that we do.”