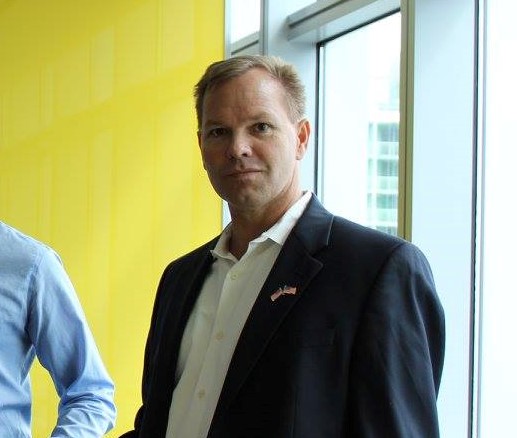 Pembroke Park, Fla. – Oct. 20, 2015 – Paco Vélez, CEO of Feeding South Florida™, is pleased to announce that Plantation resident Jim Alcock has been appointed to the organization’s Board of Directors for a three-year term. He is general manager of the Miami branch of C&S Wholesale Grocers, the lead supply chain company in the food industry today – and the largest wholesale grocery supply company in the U.S.

Prior to joining C&S, Alcock was a facility leader at H-E-B, which operates more than 340 stores in a number of formats, including superstores, supermarkets and gourmet markets, for nearly 12 years. Before that time, he was a major in the U.S. Army for over 11 years.

“As a Feeding South Florida board member, I’m excited to help serve the South Florida community and support its mission to end hunger,” said Alcock. “I’m also looking forward to assisting the organization with logistics, to ensure its long-term success.”

“We are very pleased that Jim has joined our Board,” said Vélez. “With his expertise in supply chain logistics and his passion for ending hunger in South Florida, he is an asset to Feeding South Florida’s success.”

Alcock holds a BBA in Management from Texas Christian University in Fort Worth, Texas. In his free time, he enjoys golf, running and volunteering.