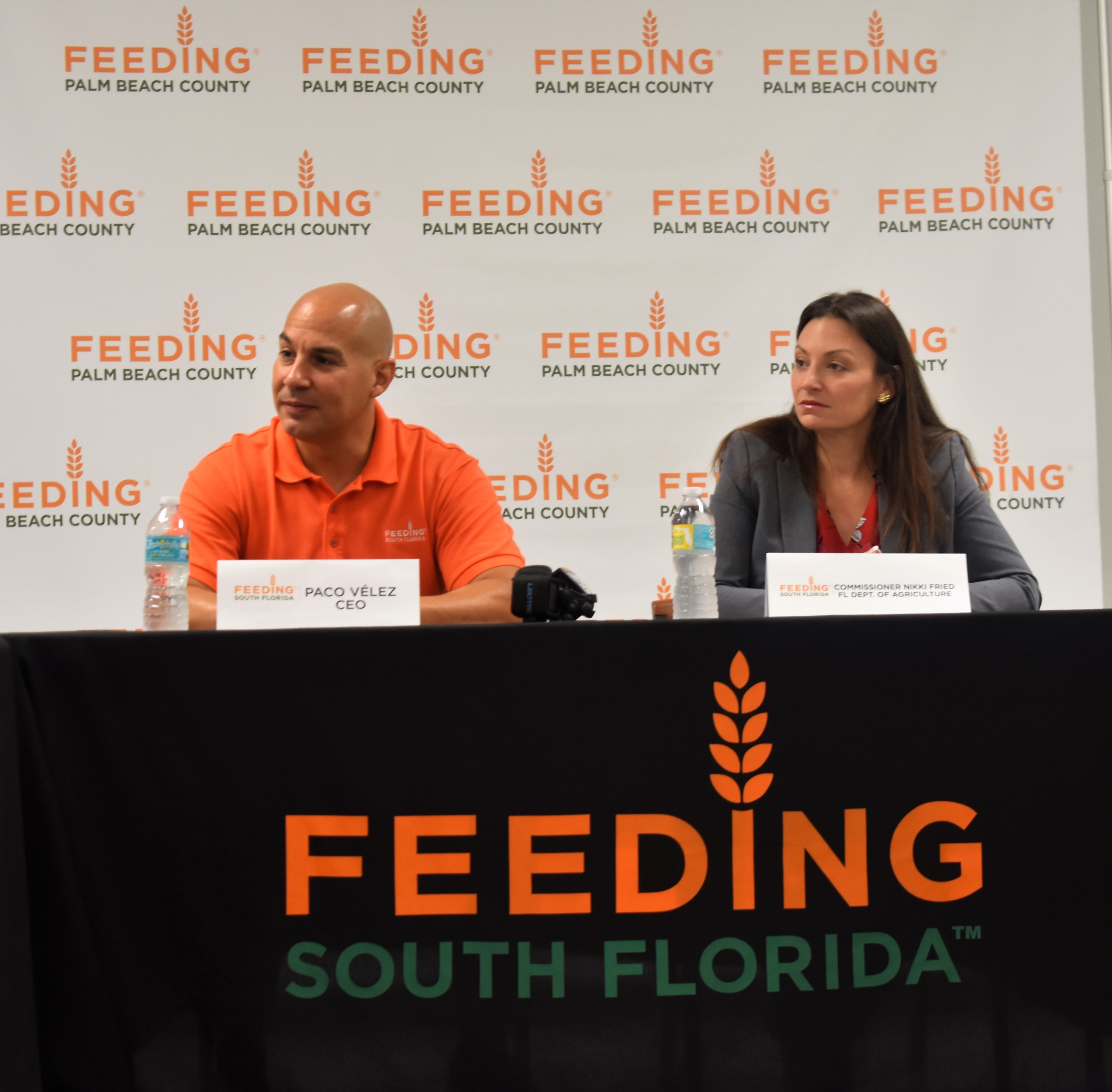 Also in attendance were Feeding South Florida Board Members Max Piet and Don Hsieh as well as Quantum Foundation President & CEO Eric Kelly. Quantum Foundation, as part of its commitment to food access in Palm Beach County, is a large supporter of Feeding South Florida; having donated $25,000, to support the launch of MealConnect, an app designed to revolutionize and seamlessly automate the way food is rescued and distributed.

Since 2012, Feeding South Florida has more than tripled its output of food from 6 million pounds and 5 million meals, to more than 21 million pounds and 17.5 million meals in 2019 – in Palm Beach County alone. More than just providing food, the organization’s goals include breaking the cycle of hunger and poverty, and employing innovative programs to transition families from dependency to self-sufficiency.