Taste of the NFL 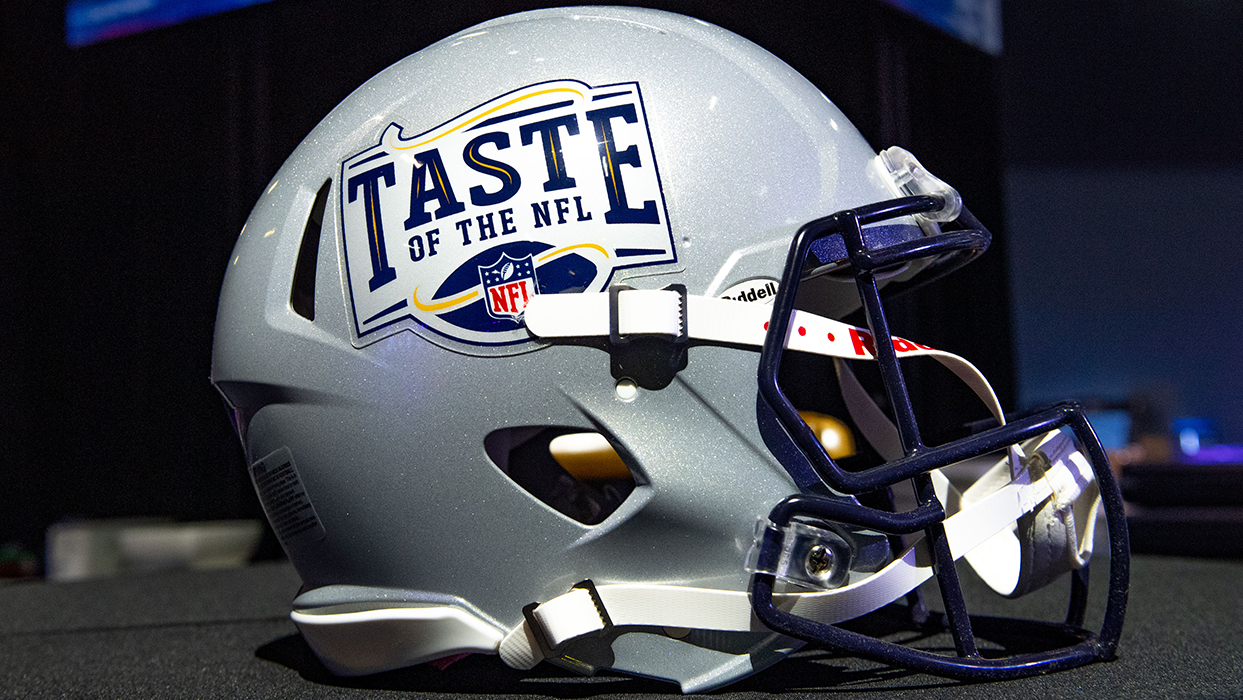 The Super Bowl is coming to South Florida in 2020 and so is a big party that cannot be missed – Party with a Purpose® by Taste of the NFL (TNFL). The annual event traditionally takes place on the eve of the Super Bowl and for its 29th year it will be held on Saturday, February 1, 2020, at an exciting new oceanside location –The Diplomat Beach Resort in Hollywood, Florida.

The fundraising campaign spearheaded by TNFL aptly named Kick Hunger Challenge (KHC), benefits hunger relief.
This friendly “competition” pits fans of all 32 NFL teams against each other to raise money for food banks in NFL communities nationwide. KHC continues throughout the 2019 football season including Super Bowl Weekend. Fans will have the opportunity to support the NFL team of their choice and directly impact the donation of thousands of meals to food banks in their team’s community. 100% of the monies raised by the Miami Dolphins Team benefit Feeding South Florida

Tickets for Party with a Purpose® on Saturday, February 1, 2020, can be purchased at https://www.tasteofthenfl.com/tickets.
General admission is priced at $700 per person. Those interested in the seated VIP section with extra perks, tables of 10 are available at $10,000.

The Diplomat Beach Resort is located at 3555 South Ocean Drive in Hollywood, Florida. Sponsorship opportunities are still available including a special top-tier level, Hunger Heroes Partners. This limited designation features an elevated experience with exclusive perks including early admittance to the event, complimentary parking, table seating in the VIP section, tickets to the invitation-only Friday Night Huddle event (a thank-you party for chefs, players, and sponsors) and more.

Throughout the year, Feeding South Florida hosts or is the recipient of proceeds from events hosted by community partners who support our mission to to end hunger in South Florida by providing immediate access to nutritious food, leading hunger and poverty advocacy efforts, and transforming lives through innovative programming and education.

Participation in these events, whether it be via business sponsorship or the purchase of individual tickets, not only provides funds to help end  hunger, but also shows support and creates awareness for this ever important issue. It’s just another way community members can help their neighbors in need.View our calendar of events, or, even better, register to receive our electronic newsletter at the footer of this website and never miss the latest information on our upcoming community events.