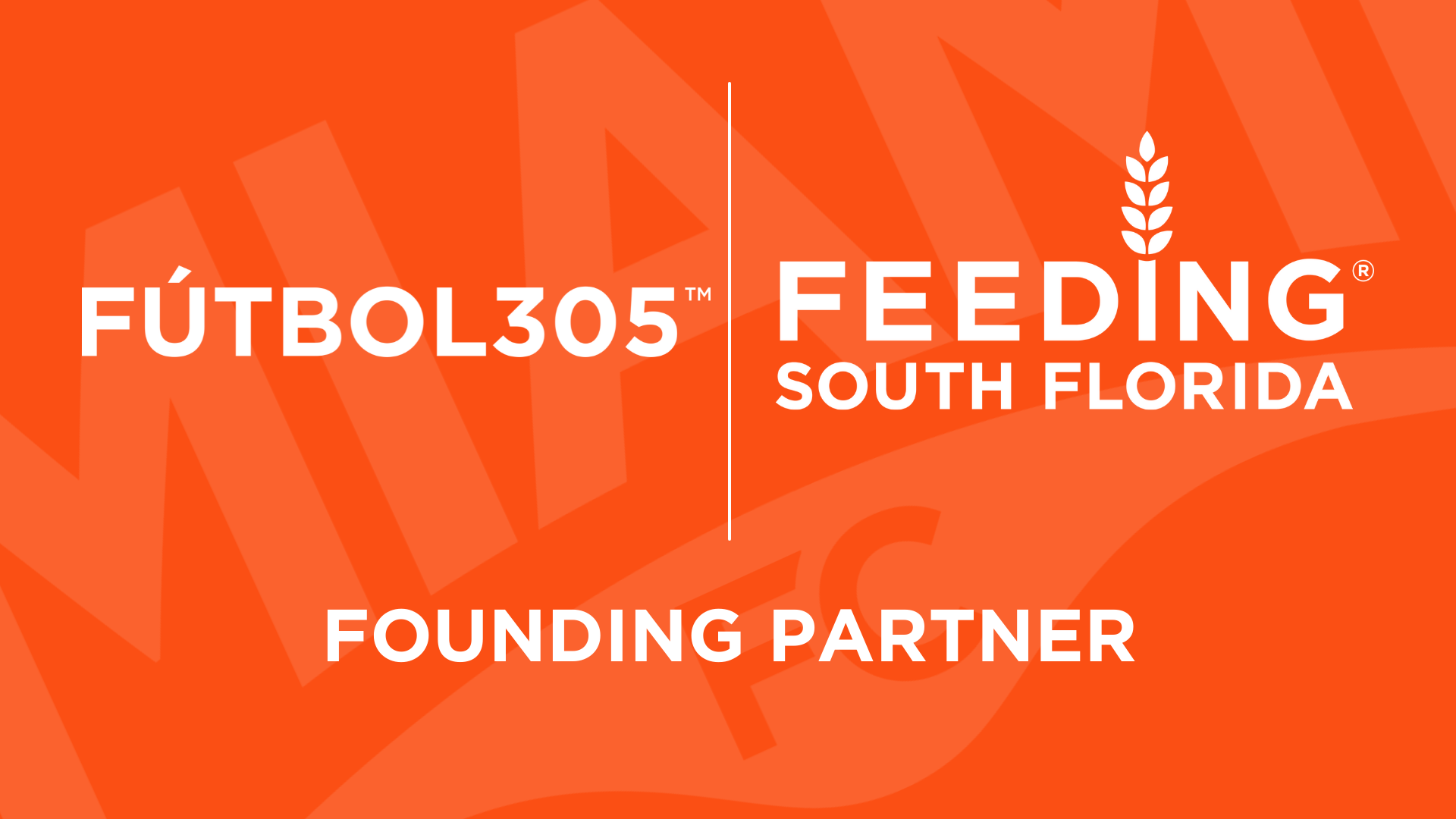 MIAMI (September 1, 2021) – The Miami FC and Feeding South Florida have teamed up to help end hunger in South Florida. The USL Championship club announced today Feeding South Florida as one of the Founding Partners of Fútbol305™, the name of Miami FC’s new outreach initiative focused on leveraging our unique influence on and off the field as the club introduces new ideas and a new bold vision for our Miami-Dade community.

As part of a nationwide initiative created by Feeding America®, Miami FC will go orange and actively participate in Hunger Action Month® which takes place throughout September. The main goal is to raise awareness about the issue of hunger in America and inspire action toward ending it. With “Hunger Action Day” set for September 17, Miami FC will also be wearing its orange kit in their next home match on Saturday, September 18. For tickets to that match, click here.

As Miami FC continues its focus on being a club of the 305 community, the issue of poverty and hunger will be one of the main pillars of the Fútbol305™ movement. Through partnerships like this, Miami FC will show its commitment to aiding one of the top issues in the region.

In South Florida, nearly one million individuals don’t know from where they will get their next meal – nearly 300,000 of whom are children. Hunger Action Month is your opportunity to be a part of a month-long movement that has a real and lasting impact on our mission of ending hunger in South Florida. Miami FC will be providing opportunities, including at upcoming home matches this month, for fans to help us in donating to the cause and helping us combat hunger in South Florida.

Feeding South Florida is a member of the Feeding America network of food banks and the leading domestic hunger-relief organization serving Palm Beach, Broward, Miami-Dade, and Monroe Counties. Providing support for 25 percent of the state’s food insecure population, its mission is to end hunger in South Florida by providing immediate access to nutritious food, leading hunger and poverty advocacy efforts, and transforming lives through innovative programming and education. In addition to innovative programs that address the root cause of hunger and help break the cycle of hunger and poverty, Feeding South Florida distributed over 176 million pounds of food (147.5 million meals) in 2020, to over one million individuals through direct- service programs and a local network of nearly 500 nonprofit and community partners.

ABOUT THE MIAMI FOOTBALL CLUB

The Miami Football Club is Miami’s longest-tenured professional soccer club, owned by Silva International Investments’ owner Riccardo Silva. Ahead of the 2020 season, the club joined the United Soccer League’s The Championship, one of the most successful professional soccer leagues in the world, reaching a population of more than 84 million and fueling the growth of the game across North America. Prior to joining the USL, The Miami FC played in the North American Soccer League (NASL) during its first two years and achieved a historic season in 2017, winning the Spring Season and Fall Season Championships, along with breaking several modern day NASL team and individual records. In 2018, the club began to play in the National Premier Soccer League (NPSL) and dominated its competition on its way to three trophies, including the NPSL National Championship. Similar success followed in 2019, defending the NPSL National Championship before joining the inaugural NISA Showcase where they were crowned East Coast Champions in November 2019.