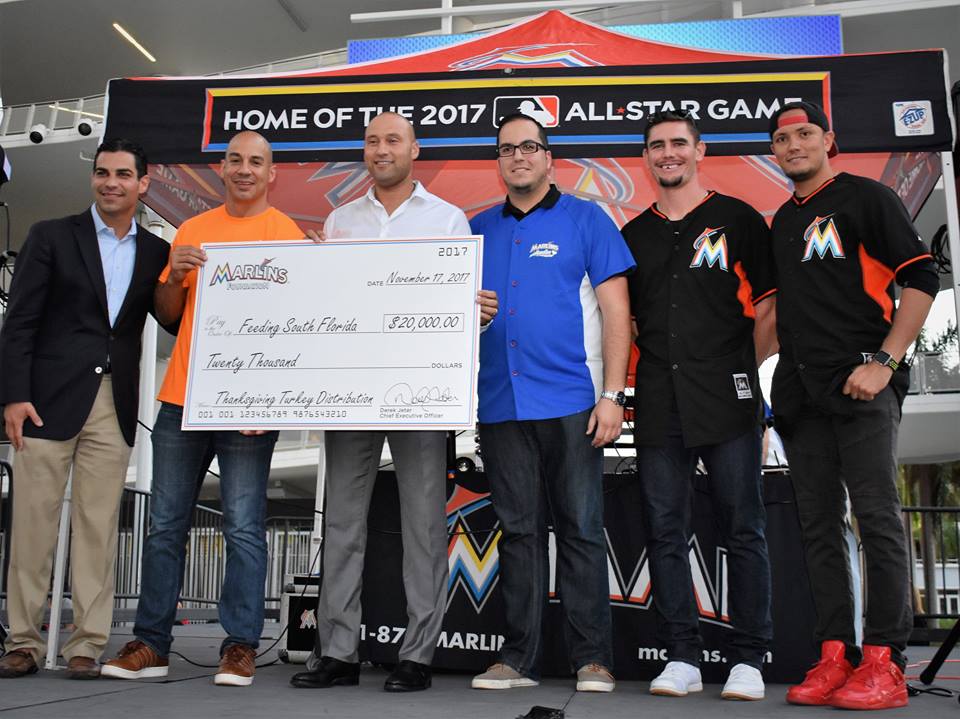 “We have new ownership. You know, Derek is amazing, he’s been such a great brand for baseball and I think he’s gonna be great for the city of Miami,” Suarez said. “Obviously, it’s my second day on the job, so it’s an honor for me to be with the Marlins organization doing what we all should be doing, what good corporations should be doing, which is giving back to those in need.”

Saurez then complimented Jeter on helping turn the double play.

The soft-spoken Jeter didn’t have much to say, allowing his actions to speak louder than his words.

“This is a great time of year to give back,” he said as he called over a resident so she could receive her turkey.

Each family took home a Thanksgiving bag filled with a 10-pound turkey, fixings and dessert.